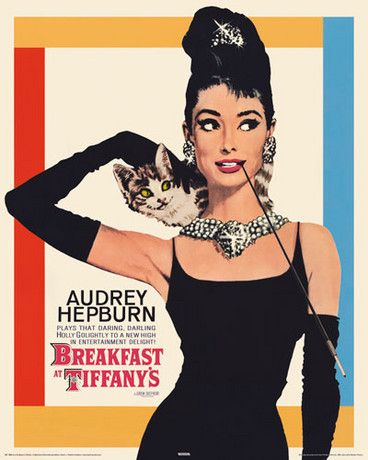 Breakfast at Tiffany’s is a 1961 American romantic comedy film directed by Blake Edwards, written by George Axelrod, adapted from Truman Capote’s  1958 novella of the same name, and starring Audrey Hepburn as Holly Golightly, a naïve, eccentric cafe society girl who falls in love with a struggling writer. It was theatrically released by Paramount Pictures on October 5, 1961, to critical and commercial success.

In 2012, the film was selected for preservation in the United States National Film Registry by the Library of Congress as being “culturally, historically or aesthetically significant.”