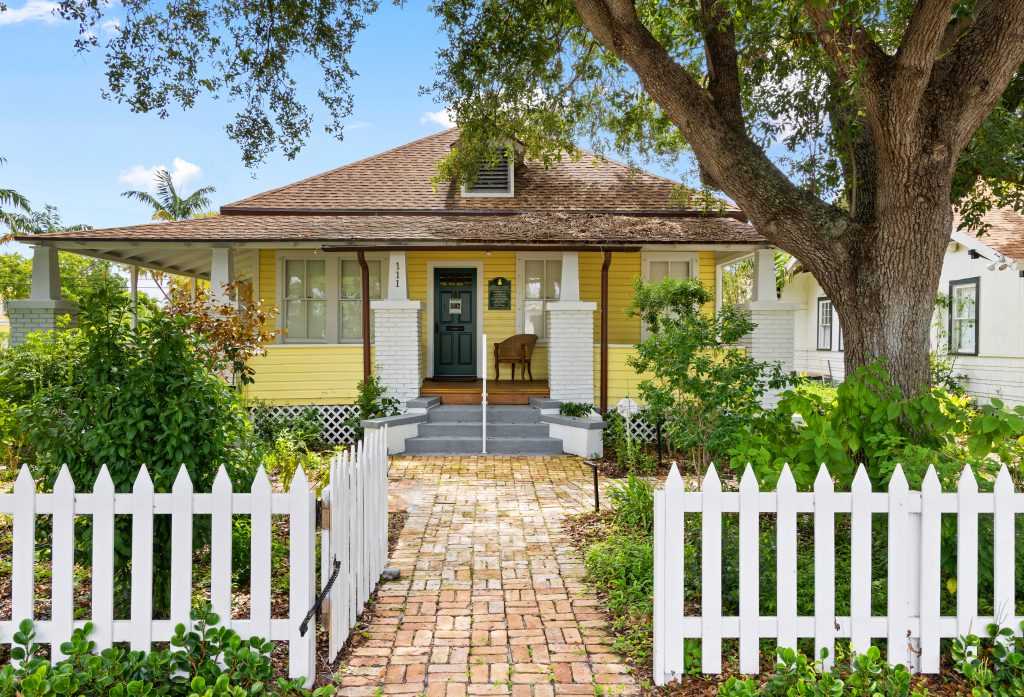 It was the 1960’s, seemingly the dawn of a golden age to most Americans. In fact the 1960’s became one of the most historically and culturally complex decades in America, marked by astonishing accomplishments, the civil rights movement, the Vietnam War and antiwar protests, political assassinations and the emerging generation gap. It was a decade of extremes and of transformational change.

In Delray Beach, an article appeared in the local paper with the headline “Where is the record of Delray Beach history?” Like many historical societies around the country, citizens recognized the importance of collecting and saving local history. In 1964, the daughter of one of the City’s most prominent pioneer families, Ethel Sterling Williams, along with President of the Chamber of Commerce, Kenneth Ellingsworth and 15 other caring residents founded the Society in an effort to safekeep the memories and records of Delray’s settlement. It was important to those early founders that future generations connect with the people of the past who shaped our landscape, named our landmarks, and made the decisions that ultimately affect us today.

After many years of collecting and sharing history from various small locales around Delray Beach, today the Delray Beach Historical Society is an integral part of the City. Featuring a one-acre campus, the City archive, three historic cottages and a Florida-native heritage garden, the Society offers year-round programming, exhibits and celebratory events.

The Delray Beach Historical Society is a 501(c)(3) non-profit organization governed by a volunteer Board of Governors elected annually by the membership. A small staff and volunteers fulfill the mission and continue to grow the society as Delray Beach’s story unfolds.