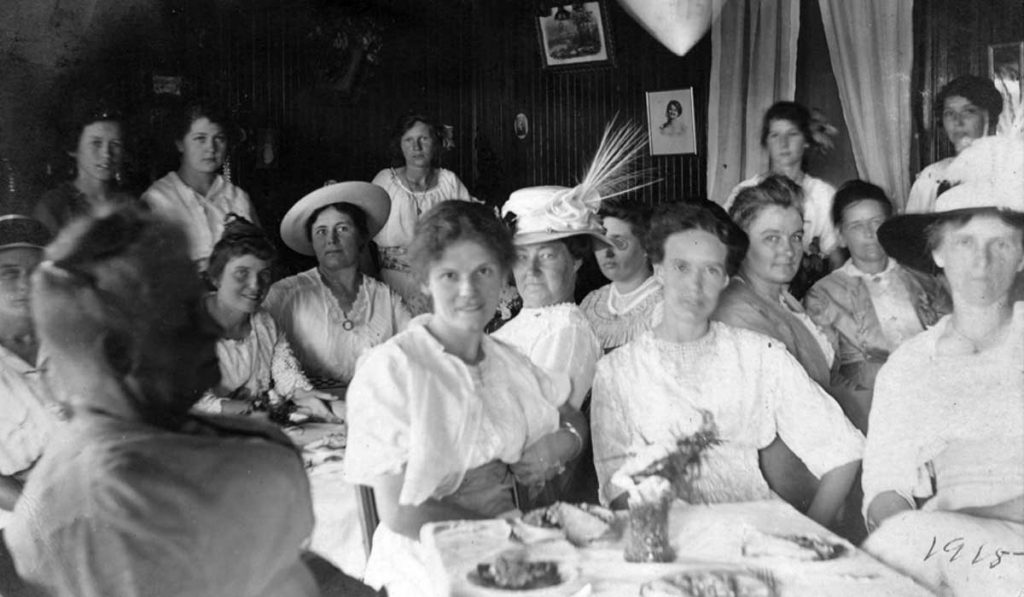 By the turn of the century, Delray was turning into a small village, with a population of about 150. It needed to begin thinking about a proper infrastructure. Some of Delray’s founding women joined together to dedicate themselves to the task. They founded the Ladies Improvement Association in 1902. (Above) A meeting of the Ladies Improvement Association. Courtesy of John Miller.

The women met at members’ homes every week and paid dues of five cents per meeting. Fundraising methods included making and selling leggings and mittens for the pineapple workers to fund their first project: a walkway down Atlantic

Avenue. Following this project’s success, they replaced the lighter barges over the canal, established the town’s first cemetery, built a town hall, started the first newspaper, built the first library, organized clean-up days for the city, secured land from owners on Atlantic Avenue to widen the street, (Royal Palms were then planted), petitioned for the right of women to vote in local elections, helped fund the public school, promoted a community Christmas tree, honored the Board of Trade, built the beach pavilion, took charge of beautifying the school grounds, donated the Town Hall for public meetings, held community singing programs and sponsored welfare examinations for babies.

Around 1906, the Ladies continued their fundraising with raffles, suppers and ice cream socials to raise money for a permanent building. In 1906 the first Hall was finally opened.

The Ladies Improvement Association changed locations in downtown several times and then transitioned to the Woman’s Club of Delray Beach in 1924. It continues its philanthropic work today to make Delray Beach a better place to live. The Delray Beach Historical Society is proud to hold the records of this influential organization, including minute books since its founding in 1902, correspondence and publications, and an autograph book from their annual New Year’s Reception – bound entirely by palm tree bark!

Now the Woman’s Club of Delray Beach, the association continues to support community activities and organizations 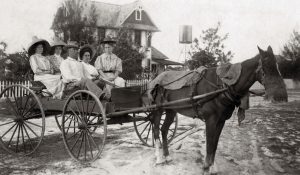 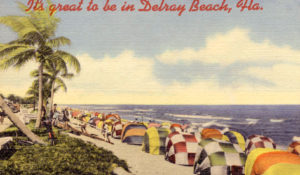